Congratulations and thanks to Mike Crook, SIG

Congratulations and thanks to Mike Crook, SIG 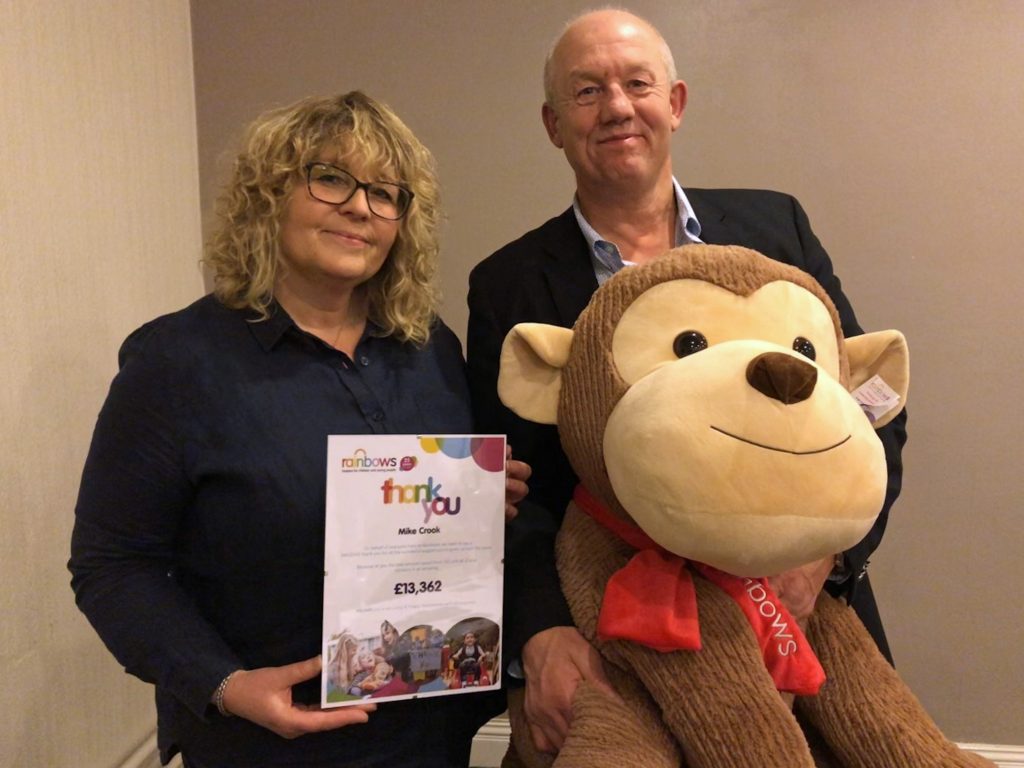 Mike Crook retired last week after 10 years at SIG Design & Technology and a 35 year career within the roofing industry. SIG held a celebration of his time with the company and there was a presentation from Mike’s chosen charity Rainbows Hospice which he has jointly supported with SPRA since 2013 and helped raise over £13,000. The photo is of Kate Golding, Head of Organisational Giving at Rainbows Hospice, presenting Mike Crook with a souvenir monkey, aptly named Mikey, a card from the children and a certificate of thanks for his fundraising work.

Mike was Chairman of SPRA from 2012 until 2016 during which time, he was proactive in helping the executive team to re-shape the organisation and drive it forward. He oversaw the introduction of the first SPRA Conference and was significantly involved in increasing membership during his tenure.  I would personally like to thank Mike for the support he has shown me over the years and for supporting SPRA through the Council right up until his retirement. The SPRA executive team and the whole of the Council wish Mike all the very best as he begins this new chapter in his life.